We are a family-owned and operated store since 1953 and have a long tradition of expert service and meeting the needs of musicians, from the beginner to the professional.

We perform restorations and repairs on fine instruments and bows. We offer expert appraisals of instruments as well as consignment sales.

For three generations, the Benning family name has been synonymous with the making of fine, master-crafted violins, violas and cellos. Instruments crafted by Eric Benning are owned and played by a number of premier players, concert performers and recording artists.

Since the launch of our web site, we have grown into an International enterprise, shipping fine instruments and bows, accessories, as well as lesser-cost student outfits set up in our workshop, all over the world.

Benning Violins online store offers a wide range of instruments from a number of different countries - from lesser-cost student outfits to those for intermediate and advanced players. All violins, violas and cellos are hand-crafted by reputable and esteemed makers and are set up in our own storied workshop to our exacting specifications for optimal playability and tone. Can't find what you're looking for? Need expert advice? Please contact us.

We accept returns for up to 30 days from purchase date if you are not completely satisfied with your purchase.

We ensure that your order is expertly packed and quickly and safely delivered to you - Free of charge.

All new instruments are set up in our workshop to our exacting specifications for optimal playability and tone.

We always strive to provide top quality instruments and accessories at the lowest and most affordable prices.

Over 65 years as a family-owned business, we have mastered the art of friendly and personal customer service.

All violins, violas and cellos are hand-crafted by reputable and esteemed stringed instrument makers. 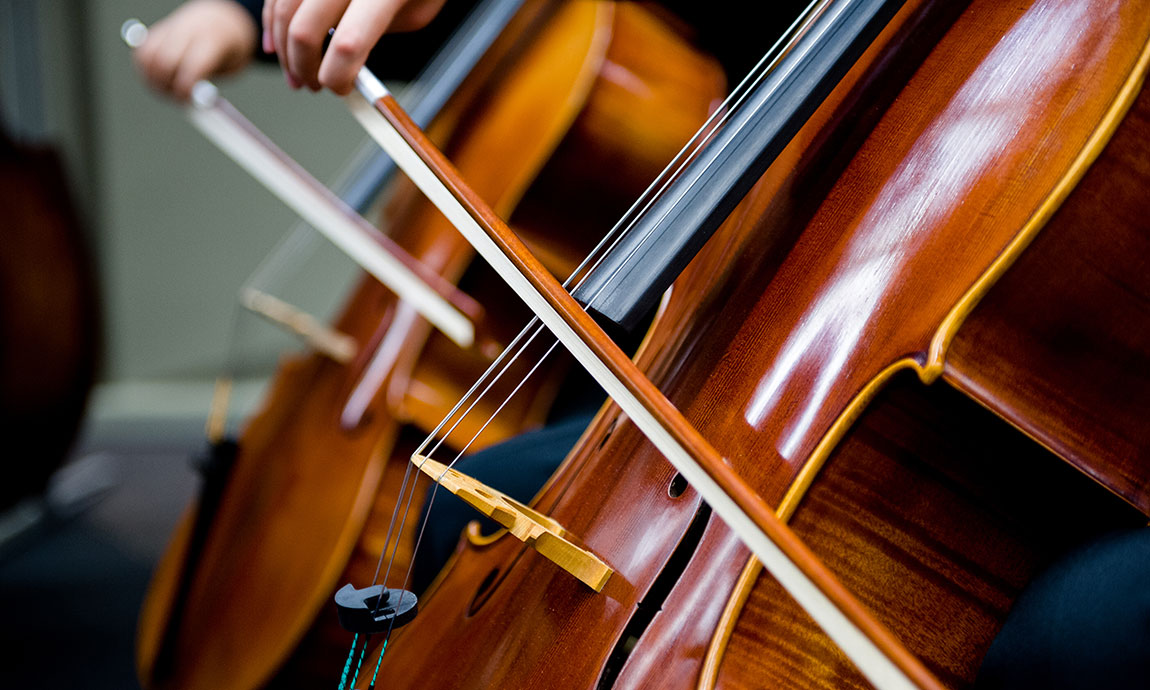 Types of Cello Strings: An Overview

Cello strings come in countless brands, sizes and materials, so the question becomes, which is right for you?

Search an online violin store or your local violin shop and you'll quickly notice that there are many, many different brands and types of cello strings for sale including for the beginner, intermediate and professional player. Some of these strings are very affordable, some less so depending on their core material as well as the material they are wound with. Cello, viola and violin strings look deceptively simple, but modern strings are actually quite complex in their technology. The story of the evolution of the cello string is an interesting one.

Cello string cores have been typically made of gut or metal. Gut – from goat and sheep – was the sole material used from the earliest periods of bowed stringed instruments up to the early 20th century, when steel strings were finally introduced. Gut strings were used because of the beautiful warm tones they produced. Their drawback, however, was that pure gut strings lacked brilliance and volume.

The materials used to make strings, as well as how those materials are used, have a drastic effect on the weight of the strings. This in turn affects the tone and volume output of the strings by allowing for greater or lesser tension.

By the early 20th century, there were two types of strings: traditional gut strings and the steel core strings, which were finding favor with the top performers of the day. Soon, inventors in Austria created a hybrid string, which had a gut core but was wound with metal, allowing for the best of both worlds. These strings were a mix of the warm sound produced by gut and the more brilliant strings produced with metal. Newer, modern strings are increasingly using synthetic materials, like plastics and are referred to as “synthetic core strings”.

The open cello strings are pitched, lowest to highest C, G, D and A respectively. Today, with all the choices of core strings, choosing the right strings for your cello may seem daunting. Especially since most major manufacturers like Thomastik-Infeld, Pirastro, Larsen and D’Addario now offer a multitude of brands. Each brand offers the standard cores like gut, metal and synthetic, but also different levels of tension, labeling the strings “soft”, “medium” and “hard”.

So how does one choose? Aside from the tried and trued method of trial and error, it is advised to take your cello into a highly regarded violin shop close to you and ask their experts for assistance. They will ask you the questions above and help you to put together a collection of strings that will produce the volumes and tones you desire. Unlike violins and violas, for which string sets are typically used, you will find that on the cello, the expert will most likely recommend different types of strings for each string position. Choosing your strings is a different process from choosing any other cello accessory, like cello rosin. You want to perform your due diligence because, aside from purchasing your instrument, choosing the right strings for your cello is the biggest and most important decision you will make in terms of achieving the best sound and tone from your instrument.

What Our Customers Say