We are a family-owned and operated store since 1953 and have a long tradition of expert service and meeting the needs of musicians, from the beginner to the professional.

We perform restorations and repairs on fine instruments and bows. We offer expert appraisals of instruments as well as consignment sales.

For three generations, the Benning family name has been synonymous with the making of fine, master-crafted violins, violas and cellos. Instruments crafted by Eric Benning are owned and played by a number of premier players, concert performers and recording artists.

Since the launch of our web site, we have grown into an International enterprise, shipping fine instruments and bows, accessories, as well as lesser-cost student outfits set up in our workshop, all over the world. 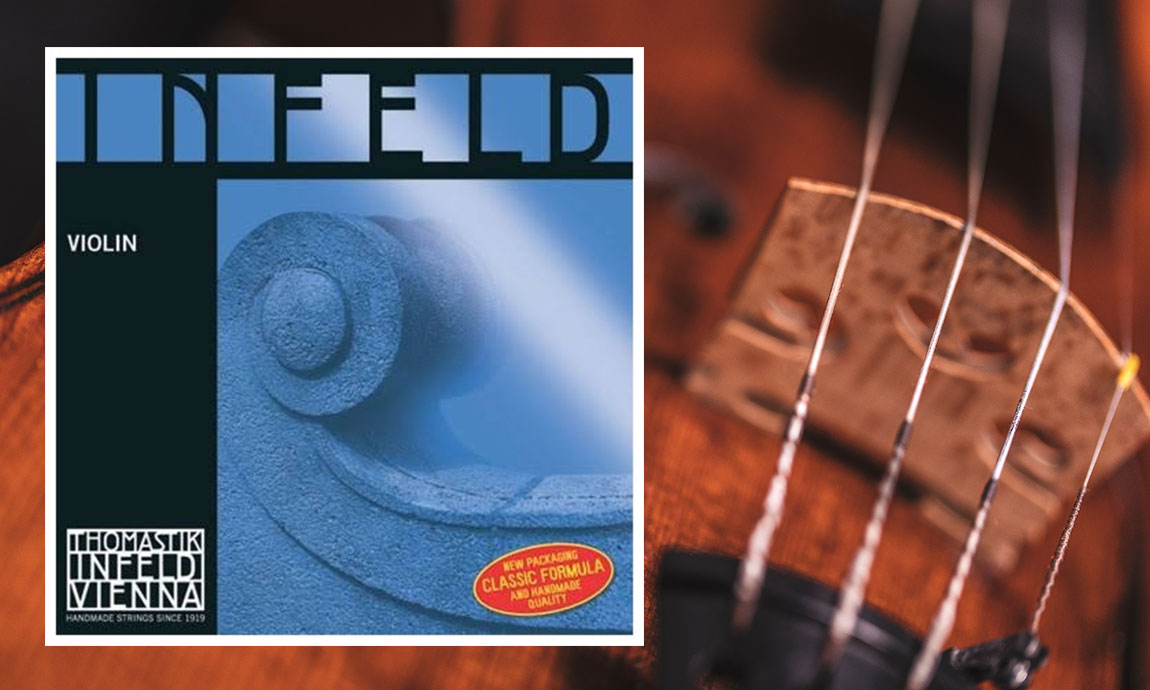 Creating stringed instrument strings since 1919, this Vienna-based string manufacturer has earned a reputation of excellence.

Founded in Vienna by Dr. Franz Thomastik and Otto Infeld, Thomastik-Infeld has been manufacturing strings for violins, violas and cellos since 1919. Because piano strings were produced with steel, the company began manufacturing all of their stringed instrument strings with steel as well. By 1926, Tomastik-Infeld’s production methods had produced strings that were not only long lasting, but also stable as far as both tuning and climate changes. Over the next 25 years, the company would export their strings to England and the United States.

From 1950 forward, the company, modernized by the heirs of the founders, had laid the foundation for super success based on their innovation of strings with a synthetic core wound by flat wire called the Dominant string.

Thomastik Infeld Dominant violin, viola and cello strings are one of the most popular strings used today by students, amateur players and professionals alike. It is considered a “multi-strand synthetic core” string that is highly flexible and produces a warm tone, not unlike gut strings. Because they are wound with steel, the strings are impervious to humidity changes. A set of Dominant strings retail for around $61.00.

Thomastik Infeld Vision strings for violin are manufactured for advanced players but are used by beginner and intermediate violinists. These, too, are wound on synthetic core and are known for their durability and ease of playing. Vision strings are available in thee different gauges and are designed for chamber, orchestral or solo playing. A set of Vision strings retail for around $50.00.

Thomastik Infeld also manufactures high-end “Infeld Red” and “Infeld Blue” synthetic core violin strings that are considered state-of-the-art, boasting perfectly matched tensions, allowing the player to make a “mix and match” set. The Red strings are considered to produce a dark, warm tone while the Blue strings are known for producing brighter, more brilliant tones. Violinists are then able to use both Reds and Blues to blend both warmth and clarity and to have each tone available while playing. A single set of strings can cost up to $75.00.

Precision violin strings, manufactured by Thomastik Infeld are a solid, steel core string that produces a strong, bright sound. While these strings are appropriate for players of all levels, they are best suited to beginning players. These strings are priced lower than the synthetic core wound strings, with a set costing about $42.00.